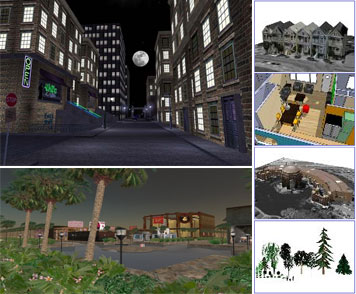 Automakers build fully-working computer models of the cars they’re about to build, and the same applies for thousands of the products we buy. The social networking phenomenon is growing like crazy, with MySpace alone at 68 million members. At the same time, we’re delving deeply into a customer-driven economy. It’s only a matter of time before the three intersect, and we’re already seeing a preview among the 10-20 million people actively participating in creating their own online worlds.

The result? Rather than try to understand two-dimensionally and in words just what kind of communities the emerging generation of home buyers, workers and shoppers prefer, take a trip into the online world of Second Life and see for yourself. In an alternate virtual world to our physical one, people buy virtual land and develop buildings, host events and form social groups, even selling virtual items and charging admission.

In fact, practically speaking, here’s what the progressive developers and cities should do to attract the creative class: Build several virtual versions of their projects, even neighborhoods, and present them in any one of these online worlds (read up on Trendwatching.com’s Youniversal Branding), and allow people to not only comment or create their own versions, but to buy units in the virtual buildings that serve as reservations in the real buildings should they be built. It’ll happen.