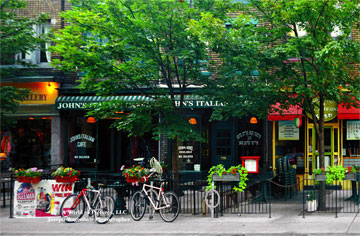 If the nation’s economy is at stake, should cities and companies invest/locate in the city center or surrounding communities? Based on findings (and title) of the highly respected Conference Board of Canada’s recent economic study, Canada’s Hub Cities: A Driving Force of the National Economy, the answer is:

“Concentrating investment strategically in nine hub cities across the country, we find, would produce gains for smaller communities in each province and for the country as a whole.”

In fact, the studies show that investing less in the surrounding communities would result in a greater GDP for those same communities if the difference was spent on the hub city instead.

How much more investment should hub cities over its surrounding communities receive?
That’s too politically charged for the study to answer, but the smaller communities benefited more when they received 20% less per capita investment and hub city residents 20% more, than a flat rate for everyone.

What should new funding for hub cities be spent on?
1. “Environmental, social, housing and quality-of-life assets that attract mobile workers and affect corporate decisions about where to locate and expand.” Sound familiar?
2. “Infrastructure adequate to support modern communications, transportation and utilities” (more on this tomorrow).

Implications? A benchmark real estate development investment would be more likely to be financially successful and provide greater economic impact in the center city than in the surrounding areas, especially if cities reward developers with incentives in return for these benefits.

Image: A hub within the hub city of Toronto