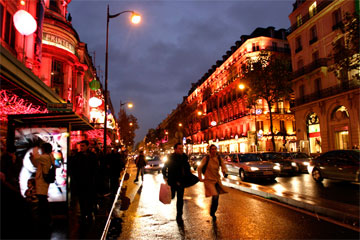 The bad news is, once a place is on an irreversible track towards being uncool, you can bet the creatives will flee. The good news is, it works vice versa.

We all know the familiar pattern of risk-taking artists moving into an undesirable neighborhood, attracting the cool risk-taking indie venues, coffeehouses, restaurants and workplaces and infusing it with desire, which then attracts the risk-averse executive-types who then attract the risk-averse chains (ie Starbucks, McD’s, Gap, etc.) While many artists are indeed either priced out or turned off and move, think of it this way – the creatives get to decide where the rest of the city’s population should live, and hopefully benefit from a return on investment in the process.

So it shouldn’t be any surprise that the same exact thing is happening with virtual communities, such as MySpace (see MySpace is Over) especially after being bought out by Fox’s Rupert Murdoch a year ago. With 106 million members, what was once a series of genuine local communities of friends – the key to its viral success – has turned into hundreds of companies wanting to make friends with everyone and anyone. Sounds suspiciously like retail chains, or as one journalist writes, “When companies make profiles on MySpace, it’s only cool if they conform to the ‘local language.'” Cities take note – local, indie, authentic, unique… is in, and probably will stay that way for a long time.

So where will the creatives be heading off to as MySpace continues to lose its authenticity? Something tells me they’d rather not say.