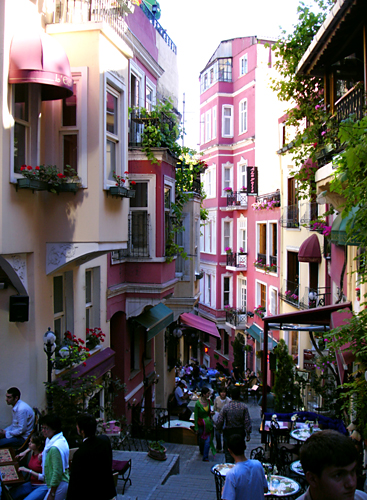 Creatives, urbanites want local, indie businesses. Developers know about investing in real estate, not small businesses, and not only do national/regional chains make it easier for them, they can pay 3-5 times more rent. That’s a crippling dilemma.

Enter the VIBE beta community, where VIBE (introduced in the previous entry) stands for variegated independent business entrepreneur and the beta community is a future group of tenants organized as a community with a progressive vision tied to a progressive implementor/developer (and ideally the City as well).

That is, rather than anchor a retail/entertainment/business district with five-seven chains, anchor it with five-seven established independent business entrepreneurs that have the best track record of success in the region. Not only are they organized as a complementary group with intent of creating a well-designed public destination, but the local beta community provides the founding patrons.

VIBEs can’t pay the same rent as nationals, but they can pay more than start-up businesses. Besides, the City should provide low-interest loans, tax credits and tax breaks since it’s well documented that indie businesses contribute more to City tax revenue than chains, not to mention the local culture as well and even civic tourism.

Still, this doesn’t address the problem that the typical developer has agents for national chains beating down the door while the indies are doing their own thing, which is what indies do. That’s why CoolTown is establishing the VIBE beta guild as well as working on a revolving fund to invest in them, with the help of a former top executive from the National Main Street Center… because an urban retail/entertainment district is a terrible thing to waste.

If you’re a VIBE looking for a beta guild to join, or a City/developer looking for VIBEs, contact us.