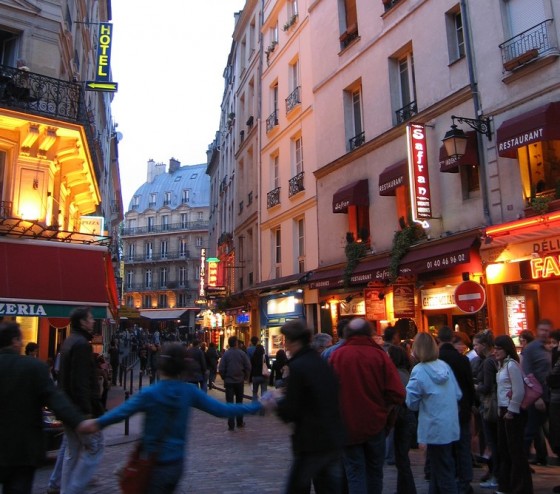 Did you know Paris, unlike New York, London and Tokyo, is not a 24/7 city? Most restaurants close on Sunday and do not serve after 10:30 pm in the evening; supermarkets close at 9 pm; long working hours are unheard of; the subway closes between 1 am and 5 am…

Does that make a difference? Tremendously, according to Christian Sautter, the deputy mayor in charge of economic development and finance, “When we came into office in 2001, we had a city proud of its history, its beauty, its tourism, but employment was decreasing, population was decreasing, young families could not afford to stay here because they had trouble finding affordable housing. So we decided to work in three areas: culture, high technology and transportation..” And to Paris Mayor Bertrand Delano, that means greener, more high tech, less uptight.

So, to help attract the vaunted creative class by making it easier to work (as well as live and play) 24/7, they’re:

– Building a tram system to circle the city so they can Metro across neighborhoods rather than having to transfer at the city center each time and considering extending the Metro hours;
– Establishing 400 free wi-fi hot spots with plans to lay fiber-optic cables to 80% of its buildings by 2010;
– Providing more public events and amenities so citizens who can’t afford to live in Paris can at least hang out there, such as at the summer-time ‘Paris Beach’ along the river Seine;

– Introducing the Paris Biopark., a 333,000-square-foot complex for biotech companies, creating jobs for 700 high-tech workers that will add to the demand for a 27/7 city. Note how the landscaping is concentrated as an outdoor place inside the buildings, not as sprawling landscape around it as you see in most research parks.
– Measuring progress by how much people don’t drive or use motorized vehicles, which allows more space for people, pedestrians, walking commuters.