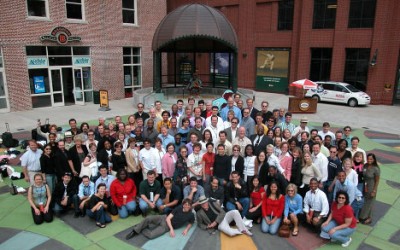 As introduced in the last entry, this week we’ll be communicating how to build cool places based on Made to Stick’s Six Principles of Sticky Ideas.

So what is the core idea of building cool places? That is indeed simple to answer. The beta community. The beta community is a group of future tenants that co-design and co-develop their own building or neighborhood. Everything centers around this single entity. Think Linux, YouTube and Wikipedia applied to real estate. ‘Have it your way’. ‘Purely You.’ Who better to make decisions on what a building or neighborhood should have and look like than the people ultimately investing in it – its tenants. In fact, it’s such a standard means of business in other industries that there are multiple terms for it.

But what about a focus on the creative class and ? You will find those are common traits and values among those naturally motivated to participate in a beta community.

100 of the most creative people in Memphis (image) got together a few years ago to establish a manifesto for a cool city. It had the makings of a beta community, the most potential of any group yet formed, but dispersed before it could become so and thus nothing was built. So close! It was missing an implementation plan, and that’s what the beta community provides. The good news is that it’s not too late to establish as one.