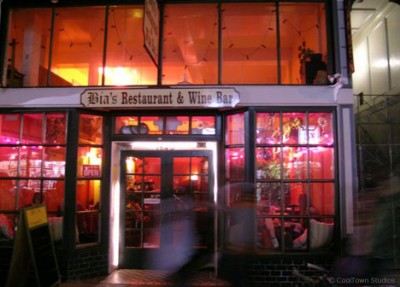 According to the NY Times, the word on the street is that New Yorkers are worried that ‘it’s getting boring around here.’ “The chain proliferation and the sameness they have brought to so many blocks has become a pet peeve for many New Yorkers, and the butt of jokes for others. On a recent episode of the NBC comedy 30 Rock a character sent to pick up a prescription was stymied by the presence of ‘Rite Drugs’ outlets on all four corners of an intersection.”

Meanwhile, last November San Francisco residents approved a proposition (60% of the vote) to require review by a planning commission of any proposal to open a new chain store outlet or restaurant within city limits. Gerardo Sandoval, city supervisor, “Our position is: ‘We’re San Francisco; you can do what you want in other cities, but here we are going to protect local neighborhood character.'” Lawrence B. Badiner, assistant director of that city’s planning commission, on the subject of Starbucks, “The predominant view in most parts of the city is, ‘We’ve got enough; if we want to go to Starbucks we know where to find one.'”

The Times article states the reason why NYC has no such policy is because surveyed residents back in the 1980s preferred gentrifying neighborhoods (where chains are attracted to) vs those with stable rents. Well, back in the 1980s cities were largely undesirable, and any neighborhood with rising rents was a good thing, as opposed to today. Also, back then in a mass production economy, chains represented the economic norm. Today, in a mass customization economy, successful indies are out-performing the chains.

The bottom line is a well-run indie business (ie a VIBE) is economically healthier for a neighborhood than a chain (chains are by definition well-run, otherwise they wouldn’t exist), but a chain is economically healthier than an ill-run indie business. We haven’t quite hit the tipping point yet of VIBEs, but city policies like that of SF and Austin are certainly helping.