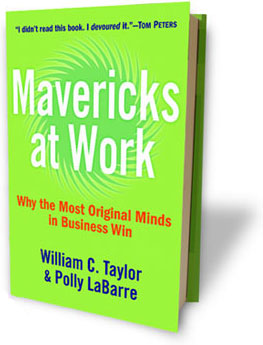 The talent and assets (or at least access to them) for building places that raise the benchmark for quality of life and economic vitality already exist in your city. If you’re skeptical, maybe this story from Mavericks at Work will make you a believer…

Entrepreneur Rob McEwen purchased what many considered a fool’s decision – a 55,000-acre gold mine with no gold. Why did he buy it? Because it went cheap, and it was adjacent to a very productive mine.

A couple of frustrating years later, McEwen attended a conference on information technology and learned about Linux and open source development (the foundation for CoolTown’s beta community). There he realized people didn’t have to work for his company in order to work with his company, “All of a sudden a light went on. It was like a flash: this is the template I’ve been looking for!”

McEwen rushed home and immediately used the internet as the primary tool to establish a community of competition and collaboration that published all of his company’s mine data and invited professional and amateur scientists and engineers from anywhere in the world to submit plans on how to find gold. A half a million $ was to be divided among twenty-five semifinalists and three finalists. As is typical, his colleagues thought he was nuts to open up the company’s research to the public.

Long story short, as a direct result of open source development, McEwen’s company, Goldcorp, has since stockpiled more gold than the central banks of 45 of the world’s countries, including Canada.

The moral of the story is that your city is a sleeping gold mine. The big question is, are its government and business leaders open-minded enough to go open-source to find it? Here’s a starter, and read tomorrow’s entry on how two cities are taking this approach successfully.

ps If you don’t want to read the book, click here for a manifesto in 8 pages.