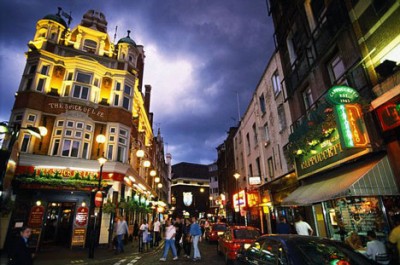 Continuing the previous entry introducing the two economy-generating factors, Web 2.0 with the creative class, what happens when you combine the two in your city?

Let’s take the most popular Web 2.0 website as an analogy…

Imagine the rabid popularity and obsession young adults spend on MySpace, but applied to job-creating entrepreneurs in a single walkable district in your town. Now, people may spend inordinate amounts of time meeting new people by commenting on the blogs, pictures and videos, especially on the MySpace profiles with the most interesting content (ie bands and musicians pretty much all have a MySpace page now). However, they occupy even more of their time and effort in MySpace groups (the most popular averaging well over 100,000 members), discussing, say, the last episode of American Idol or any of the aforementioned artists… or shall we say… creatives?

So you see, what’s really driving MySpace are… creative people making money, such as TV producers and professional artists. Applying Web 2.0 to the creative class in a cool town would be the equivalent of establishing such a social network to enable groups to collaborate around local business and culturally creative ideas rather than national ones, and allowing them to meet face-face in the buzz of social neighborhood coffeehouses and cafes rather than chat rooms.

The University of Maryland has a similar environment where the students are so juiced by the entrepreneurial collaboration among their peers, they’re known to have too much fun to sleep.

However, just the same as is happening with MySpace, you can kill it with too many national corporations/chains that don’t really speak the local language.