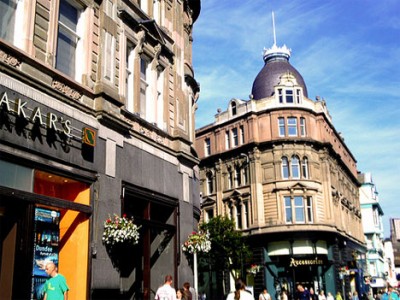 One of the cities on the list, Dundee, Scotland, like in many other regions, suffered sweeping job losses in the 70s to mid-90s as manufacturing plants relentlessly shut down. However, a knowledge-economy-based refocus at their major universities resulted in new job sectors like life sciences, computer games, software development, animation, film and television. However, the city also upped its intelligence ranking by investing $39M in an urban digital media district. adjacent to one of the major universities (although a bit too much U.S. research park influence in its design) and implementing 100% broadband coverage with a little Web 2.0 no doubt. The results? The number of knowledge-based businesses has nearly doubled and the number of knowledge workers have tripled since 2003, while U.S. life scientists rank it the third best place to work outside the North America. Other cities on the list include:

Cleveland is the only U.S. city to make the list in the last three years, with Spokane WA, LaGrange GA and the Florida Tech Corridor within two years prior. While they did show significant progress toward establishing a digital infrastructure in a short period of time, their momentum fell short in developing a compelling creative class district to work in; a cool town if you will. The industrial age equivalent would be a city having an incomparable network of roads and highways, but no destinations worth driving to.

The above image of Dundee, Scotland is representative of the historical districts that are highly appealing to creatives.