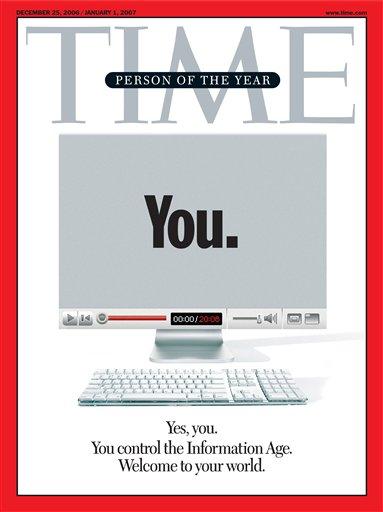 What does Web 2.0, the most intelligent communities of 2007, the beta community, and building cool towns for the creative class have in common? Ok, so it’s not really a secret.

As stated, Web 1.0 was about commerce, Web 2.0 is about people – you. As cities have found the hard way, innovation can’t just be tech-centric (ie build city-wide wifi and they will come), but people-centric – you-centric (build places the most creative truly want to be in, integrating wi-fi). Beta communities are the development process by which you become part of the design and development. Mass customization built around you is the theme of the creative class.

“…For seizing the reins of the global media, for founding and framing the new digital democracy, for working for nothing and beating the pros at their own game, TIME’s Person of the Year for 2006 is you.

“We’re looking at an explosion of productivity and innovation, and it’s just getting started, as millions of minds that would otherwise have drowned in obscurity get backhauled into the global intellectual economy.”

Is your input being formally, legally invested as future tenants and patrons in the next venues, buildings, and blocks developed in your city, or is it still only through public hearings and community process meetings? There’s a big difference, and we’re helping you set up the former in cities throughout the country, with developers and investors who want to work with you.