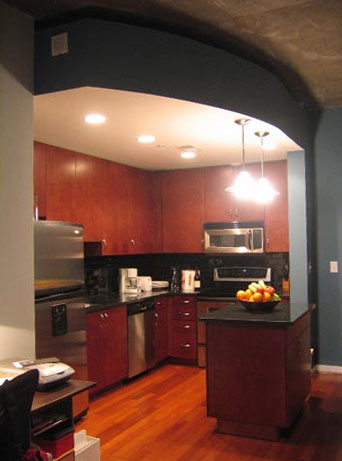 Walk around those popular historic districts of the 1920s – notice how most of the buildings are taller than they are wide?

They proceeded to go flat in the mid-20th century that followed, bringing a fascination with all things mechanical and mass-produced… “Mass production also led to a standard for low ceilings. The architect Le Corbusier saw houses as machines for living, with all the stripped-down functionality that this implied”, states the NY Times article, Developers and Architects Face a Tall Order From Buyers.

As we evolve back to a people-first economy via mass customization, homes are once again resembling human proportions, with taller ceilings (no less than 9′, often 10′) and smaller footprints. The benefits of more human-proportioned buildings and ceilings include:

– Not surprisingly, a more welcoming, comfortable, human-scaled environment
– Smaller building footprints means destinations are more walkable, with square footage going up rather than out.
– Taller ceilings provide a much more natural daylighting, and the smaller footprints actually make for a smaller volume to air condition overall.
– Extra height is less expensive to build than extra square footage.
– Art is better presented on taller walls.