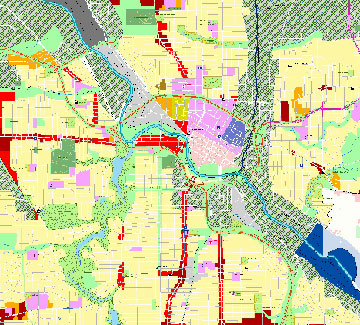 The knowledge economy moved on without Youngstown, Ohio, whose heyday was in the midst the steel industry and the industrial economy, peaking in 1962 with a population of 162,000, more than twice today’s 82,000.

Pressed with the question, “Change or die,” Youngstown’s mayoral candidates were unconsciously choosing death for their city. When local leaders established an initiative, Youngstown 2010 to acknowledge Youngstown’s shrinking population, invest in new economy industries, focus on quality of life and implement plans for action, the mayoral candidates at the time all but ignored the vision. So purely out of concern for the future of his city, one of the group’s leaders, Jay Williams, 34-year-old director of the City’s Community Development Agency, took it into his own hands to run for mayor. And won.

Youngstown 2010 has since received an American Planning Association award, Mayor Williams has since been featured on Smart City Radio, Youngstown in USA Today. One of the first acts was to ‘accept the death’ of underserved neighborhoods, provide incentives for residents to leave, and implement plans to return them to nature or as city parks. These bold quality of live moves, combined with the mayor’s plans to invest in the downtown and university, can only lead to economic prosperity (and yes, growth) in the near future.

Read a previous entry on why cities shrink and what they’re doing about it to regenerate themselves.

Image: Contrast the future master plan’s (above) clearly defined neighborhoods with the current master plan here that is a model of sprawl and lack of sense of place, even within urban boundaries.