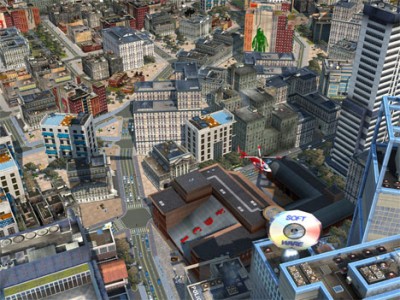 “Schools aren’t preparing students for jobs of the 21st Century.” That’s the concern of John Seely Brown, a renowned leader in organizational learning, and Doug Thomas, professor at the USC Annenberg School of Communication and editor of Games & Culture: A Journal of Interactive Media.

The same could be said that our current culture and business environment isn’t preparing us for communities of the 21st Century, at least not cool towns.

Why not? Much of our current learning – at work or at school – is via information transfer: books, lectures, and increasingly the internet. However, as Thomas states in this Smart City Radio interview, it doesn’t allow for innovation, different ways of thinking and a focus on possibility instead of certainty, the hallmarks of learning by playing.

He posits that play, such as through video games, “is extremely effective at setting up dispositions, which are outlooks toward certaning ways of knowing, certain ways of interacting with people, reading social cues, and understanding how other people share space with you.” In other words, rather than trying to get people to understand math or their customers through seminars or books, we should ask how we can get them to look at the world in the same way a mathematician or customer would – which games excel at. Video games such as Sim City for instance, allow you to see how your decisions play out immediately as well as down the road.

The modern form of learning will not be based on problem solving, but “defining a problem space where we ask how we educate the other side about what it’s like to be in the shoes of the other.”

This is why beta communities are the future and now of real estate development and community building.

Thanks to Erin, Saul and Asasi, three high-school-bound-for-college-now-proud-to-be-adults for inspiring this story over lunch.