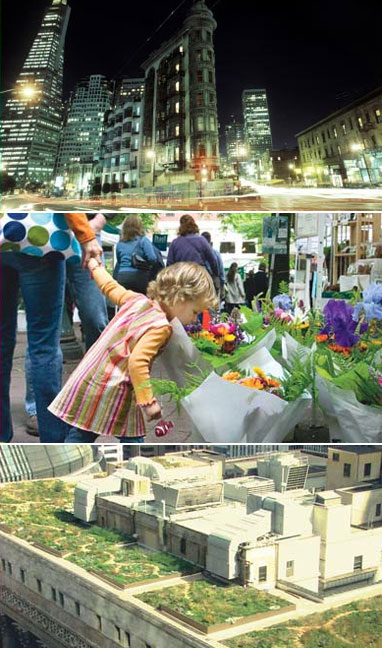 The previous entry profiled The 30 Fastest Cities to Work, Live and Play around the world, but what makes them fast, or does being a fast city even mean? The term comes from Fast Company magazine, and is essentially a city that attracts, well, fast companies, defined as the most creative, smartest, effective, innovative and as a result, fastest growing in single and triple-bottom line impact terms.

So, what makes a Fast City? According to Fast Company it takes three ingredients, not far off from what makes a fast company:

Opportunity. A city that reveres entrepreneurs as the engine of its economy (ie Silicon Valley, Cambridge, Austin) rather than pilfering companies from other cities. Indicators include a growing number of patents and high-tech companies. For this reason alone a major city like Washington DC doesn’t make the cut (not counting the surrounding areas in Maryland and Virginia that do), but there can still be a nascent fast neighborhood within what is a Slow City.

Innovation. The physical, cultural, and intellectual infrastructure that allows opportunity and energy, such as alternative means of transportation; local indie businesses and lots of third places; attainable downtown housing; progressive universities… “The real forces for change in America and around the world are the mayors and the local communities,” says economist and creative class author Richard Florida.

Energy. It’s that thing you see when you get a whole bunch of creative people together in a creative place focused on a creative purpose, like say a beta community. Indicators include number of ethnic restaurants or the ratio of live-music lovers to cable-TV subscribers. This is that instinctual vibe you either get or don’t get as soon as you step foot into any certain place or neighborhood.