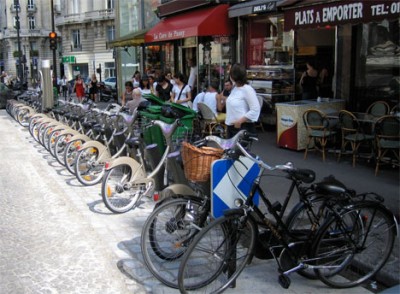 Velib is also a public-private partnership, the best kind to initiate innovation and to ensure its long-term success. Read more about it in the LA Times, where as one rider put it so well, “It’s healthier and the weather is beautiful.”