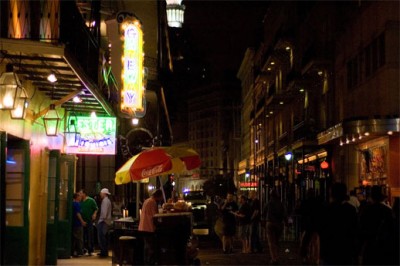 Syracuse
Where will the creatives go in Syracuse when places begin to gentrify? That won’t be a problem at 200 South Geddes, where developer Rick Destitio is transforming a 5-story historic factory building into a artist-musician live-work center. Not only that, but he’s sponsoring a Beta Community that will eventually consist of 500 of the city’s most progressive, culturally creative, entrepreneurial and/or passionate people who want to co-design, co-develop, and eventually co-habitate the place. The group of 18 core members are currently narrowing down the name… will it be the Brown-Lipe Gear Building, GearWorks, or the Gear Factory? If you live in Syracuse and want to be a part of it, you can join the effort here.

New Orleans
The city is rebuilding. However, just what is it rebuilding into? New Orleans already has a reputation of being one of the most authentic cities in the country, and the next generation of young urban rebuilding professionals (aka YURP) want to keep it that way, yet raise its quality of life, 24/7 experiences, and knowledge-based economy to rival that of Austin, Silicon Valley and NYC. YURP, 700+ members and counting, is just about to launch a Beta Community to begin identifying key buildings in targeted neighborhoods (The Warehouse District?). Get involved with the base group here.

Keep track of these Beta Communities as well as the ones mentioned yesterday here.