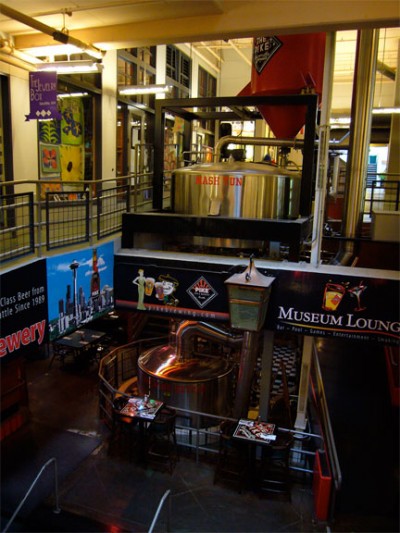 You can’t really have a true third place for the creative class without serving beer, and it’s not authentic unless it’s brewed right on the spot. So here’s to the full-flavored beers of the microbreweries that have thrived “in the face of the fizzy yellow stuff” that have dominated the mainstream and every national supermarket.

Things looked bleak by the end of the 1970s for local craft brewers, when corporate consolidation left the U.S. with less than 50 breweries. Even now, only three breweries: Budweiser, Miller and Coors – account for 79%, while craft and specialty brewers (ie local, indie brewers) share a sliver at 3.08%. However, there is tremendous upside for the little guys today as there are presently 1400 microbreweries in the U.S.

Many of these were founded by entrepreneurs who started brewing in their own home, one of whom when he was 14 (Sierra Nevada). The next entry will profile 38 of the top microbreweries in the U.S., provided by the producers of the documentary, America Beer, where you won’t get a better inside look at the extraordinary people who founded their own breweries. By the end of the film, it’ll be that much more difficult to order another Miller Lite from your local brewpub again.