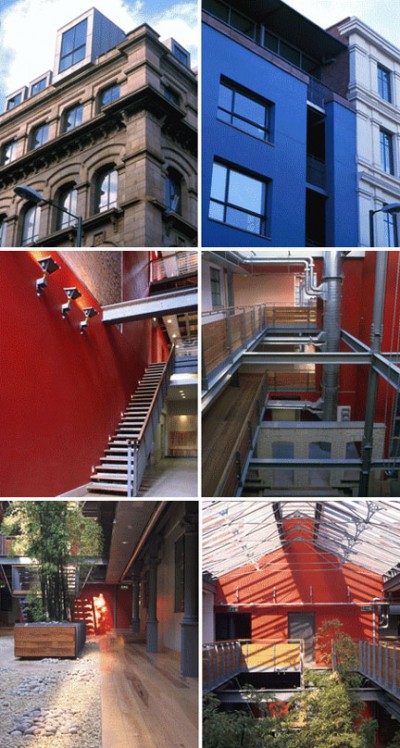 The cities in northwest England, namely Liverpool and Manchester, weren’t transitioning very gracefully from the industrial era. Enter Tom Bloxham, founder of the wildly progressive development company, Urban Splash in 1993, who all but single-handedly invented loft living in those cities. The unique story of how Urban Splash came to be, however, is a pretty typical one for the kind of in-demand developer he is today… he had no initial intention whatsoever of being a developer.

Tom began selling records at a Manchester market and confessed he was so bad at it that he started selling the posters that came with them instead. As his business grew, he found a 6000 s.f. space that was too large, so he sublet the rest of it to young creative entrepreneurs (similar to the Affinity Lab story), which once again started making more money than his current business.

With a new business model, he proceeded to buy a dilapidated building in Liverpool and converted into the ‘first modern bar in the city’. This is also when he met architect Jonathan Falkingham who he would then establish Urban Splash with, focusing on creative urban redevelopments targeting young first-time buyers. His company now employs over 200 people.