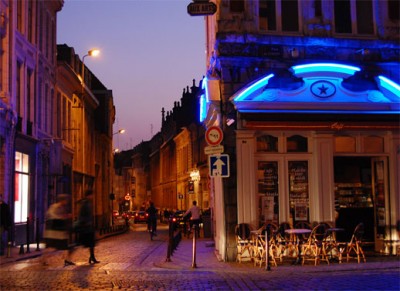 Who are the creatives?

Many of you in the know have heard about the Creative Class, the Cultural Creatives, and now, the Renaissance Generation. What is the difference between these groups, and if there is, how are they interrelated and what do they have to do with cool towns?

Cultural Creatives – 50 million in the U.S., aka the New Progressives, introduced by author Paul Ray in his book, The Cultural Creatives: How 50 Million People Are Changing the World. These are the people who care, and specifically care about the bigger picture, from sustainability to authenticity to humanity.

Creative Class – 38 million in the U.S. representing the creative industry workforce in science, engineering, architecture, design, education, arts, music and entertainment. Based on research by Richard Florida, author of Rise of the Creative Class: And How It’s Transforming Work, Leisure, Community and Everyday Life and its sequel Flight of the Creative Class, their presence is directly tied to economic prosperity.

Renaissance Generation (RenGen) – Take the Cultural Creatives and the Creative Class and apply them to a defined movement and time period rather than a demographic or psychographic, the result of which is literally a second renaissance, as written about by Patricia Martin in Rengen: The Rise of the Cultural Consumer – and What It Means to Your Business. There will always be a creative class and cultural creatives, but it is only here at the beginning of the 21st Century, a time of unprecedented need and opportunity, will we have a RenGen.

The result of which will be the coolest of towns, the likes of which we’ve never seen before – think of the mindset and population of Silicon Valley in the urban fabric of a Venice, or of course, Florence, Italy.