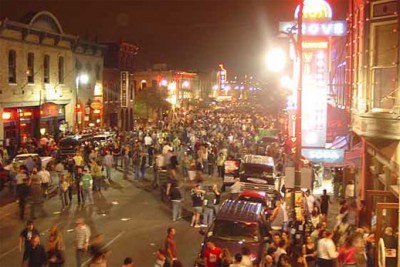 What does a thriving music scene have to do with a city’s economic growth? According to economist Richard Florida in his recent study, “It signals the rise of regional ecosystems that are not only open to new sounds and new ideas, but have the size, scale and commercial oomph to retain key talent and turn their ideas into global commercial successes. Once music scenes of this scale get going, they produce a logic and momentum of their own and signal that more entrepreneurship is on the way.”

Based on Richard’s study, three clear trends tracked over 31 key music scenes in the United States from 1970 to 2004 are:

1. Increasing concentration and specialization in music. More musicians today are living in these music scenes (63.5%) than in 1970 (52.5%). The poster child for this shift is Nashville, now the national leader with nearly four times the U.S. average of musicians per capita, of course spurred by its country music scene.

2. Decline of crossroads scenes. Artists in music pioneers like New Orleans (jazz), Memphis (blues) and Detroit (Motown, rock) are continuing to leave because…

As Richard states, “Music combines with technology and business trends to put these places on the map. It reflects their openness to new ideas, new people and new sounds. If you really want to see entrepreneurs in action, go talk to local musicians.”