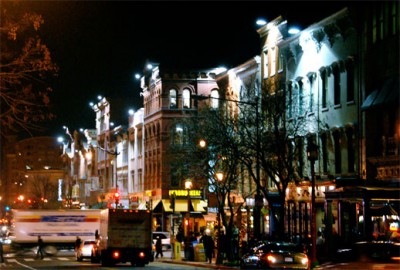 – compact (regional-serving walkable urban places, as defined below, are generally between 100 and 500 acres in size), thus why Midtown and Reston get the same (flawed) credit;
– at least five times as dense as drivable suburban (floor-area-ratio of between 0.8 and upwards to 40.0),
– mixed-use (residential, office, retail, cultural, educational, etc.);
– generally accessible by multiple transportation means (transit, bike, car and walking);
– walkable for nearly every destination once in the place.

Ranking the 30 largest metropolitan areas in the U.S.:

The study, Footloose and Fancy Free: A Field Survey of Walkable Urban Places in the Top 30 U.S. Metropolitan Areas can be downloaded by clicking on it.