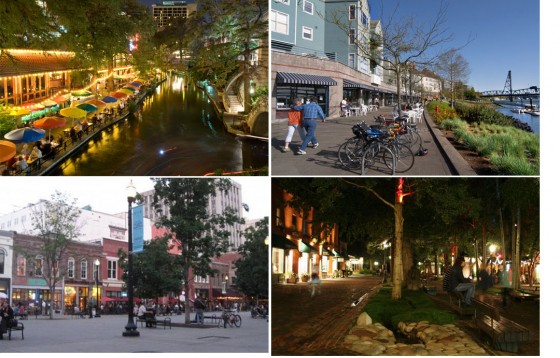 While there are 41 entries on the list of car free places (presented in the previous entry) in the U.S., the number may be misleading. For instance, not many of us will ever hear of, say, golf-cart based Bald Head Island, North Carolina, population 173, much less ever visit it or know anyone who does.

However, many of us do live in or visit natural cultural districts, so here are the car free iterations of those you’d probably want to check out if you’re in the area: