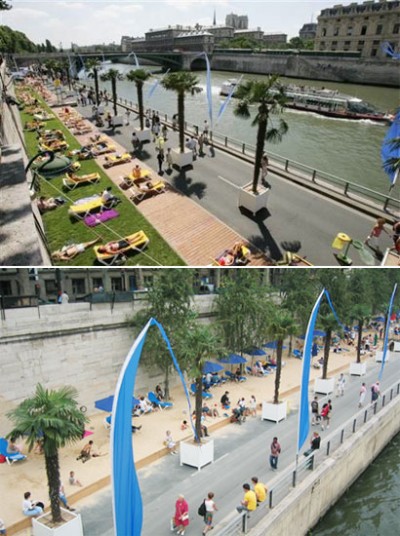 Since 2002, three million people sun themselves along a two-mile stretch along the Seine between late July and August. An expressway is temporarily replaced with two tons of sand, grass, wood decks, lounge chairs and palm trees, creating a pedestrian-only paradise in the heart of a bustling, noisy, non-stop city. Though managed by the city, the operation is financed by corporate sponsors.

Apparently its popularity has spread to other cities, including Berlin, Germany, Brussels, Belgium, Budapest, Hungary; and Saint-Quentin (Aisne), France.