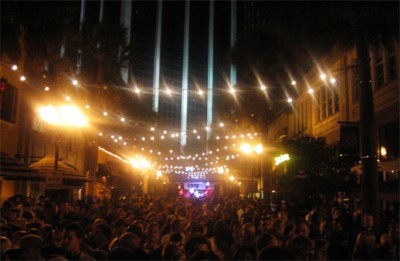 Every district wants a music scene, but not every district has one. Creative class author Richard Florida, a music fan to the nth degree, is spending a lot of research time providing the answers why, the first findings of which can be found in his recent report, Music Clusters: A Preliminary Analysis.

First of all, one needs to understand that only this with music as primary employment are defined in this study, not self-employed musicians, secondary musicians (in addition to their day job), or hobby musicians. I personally get the feeling that much of a music scene is manifested via the latter group.

That said, the key findings in this initial wave of understanding:

– Employed musicians really like to cluster. Only 32 of the 331 metropolitan areas have more than the average number of musicians/capita. NY, Chicago and L.A. account for 40% of all employed musicians, and NY more than half of that.

– Income has the second greatest correlation, stemming from the fact that people with more disposable income can afford to experience music more often. Of course, employed musicians typically refers to symphonies more than they do the typical rock band that only meets up after work and on weekends.

– Other influential factors include ethnic diversity and the concentration of overall arts and entertainment activity.

– Variables that the study found little or no effect are human capital (education), service jobs (availability of day jobs for musicians, which factors itself out given that they wouldn’t have day jobs if they were primarily employed as musicians) or whether or not it’s a college town.

Music scene 201, with self-employed musicians and secondary musicians accounted for, should be much more telling. Rich is working on that one.