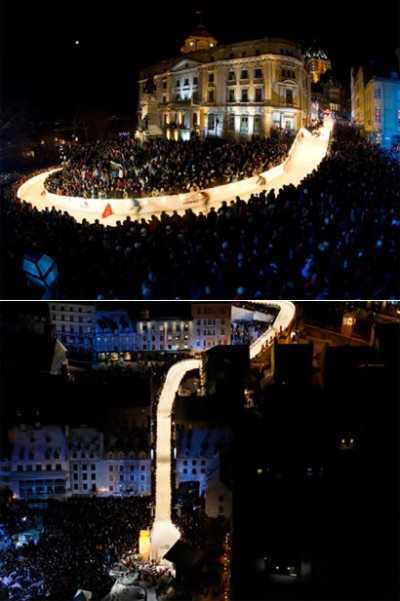 Cities love having an event followed by the sentence, “Only in ____”, even if it’s just for that year. It provides them with a unique cultural identity that sets them apart from every city in the world, such as the Running of the Bulls, only in Pamplona.

Speaking of which, who knows if that was part of the inspiration behind Crashed Ice, where four gutsy padded-up skaters fight through elements of roller derby, hockey and the bobsled as they race close to 40-miles an hour on a one-third mile-long ice track winding through the historic city.

It’s hard to tell if the this description of the event, which last attracted 75,000 screaming fans, is a play-by-play account of the race or a historical tour of the city, all the better…

You have to check out the videos. What’s in your city?