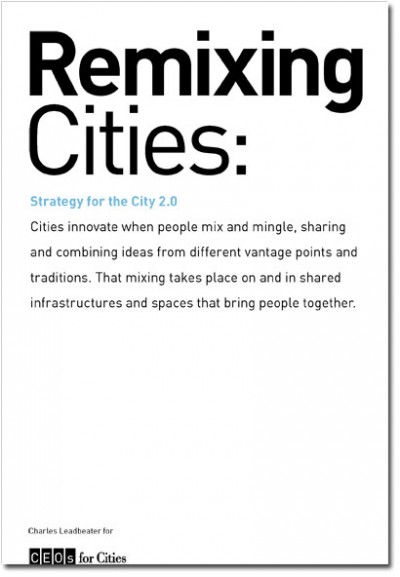 If there’s one research document to read to better understand how crowdsourcing can be applied to cities publicly, peruse Remixing Cities: Strategy for the City 2.0, published by CEOs for Cities. As you can see on the cover and the paper’s official description, “explore how co-creation and innovation can transform public services and unleash the talents of all citizens”, it’s based on the principles of crowdsourcing.

The author, Charles Leadbeater, advises companies, cities and governments worldwide on innovation strategy, and these principles will be captured in his upcoming book, We-Think: The power of mass creativity, which “charts the rise of mass, participative approaches to innovation from science and open source software, to computer games and political campaigning.”