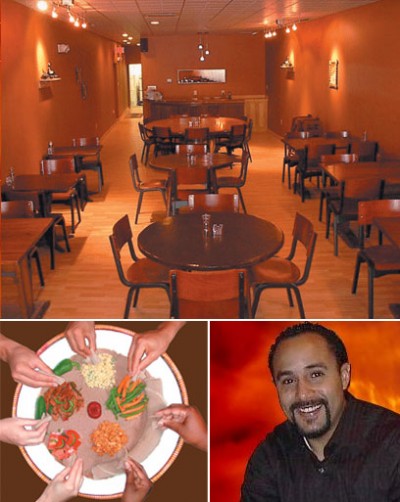 To refresh your memory, a VIBE is a variegated independent business entrepreneur, the creative, evolved version of the franchise operator, that opens multiple unique, authentic businesses under different names and concepts, but with a common system of delivering high quality product and service.

Smart City Radio recently interviewed a young budding VIBE and former attorney in Pittsburgh’s East End, Jamie Wallace who opened his first restaurant ever, Abay Ethiopian Cuisine. It soon became known as one of Pittsburgh Magazine’s Top 25 Best Restaurants of 2005 soon after its opening in 2004. One of his primary motivations to switch careers is that he wanted his city to have a more multi-cultural heritage, which is a big deal to a creative city.

What’s to say Jamie will be a VIBE? First of all, his first restaurant, with no restaurant experience, is a commercial success. Second, you can hear it in his interview, “My mindset wasn’t that this has to run like every other restaurant I’ve read about or been in. My perspective was whether this was a technology company or a robotics company, there are certain principles that I want to apply to my business. So if you come in and you work here, the philosophy that we have, the approach we take, it’s the same. It’s essentially a customer service business, we’re promoting culture as much as anything, we want people to have a great time, but there’s a component of what I’m trying to do that would be the same regardless. So I feel like from a customer standpoint, they get that what we’re there to do isn’t just to turn a profit, it’s for them to learn, for them to absorb this culture, have an enjoyable time, have it be educational, and touch them in a way that’s different. Hopefully they get that.”