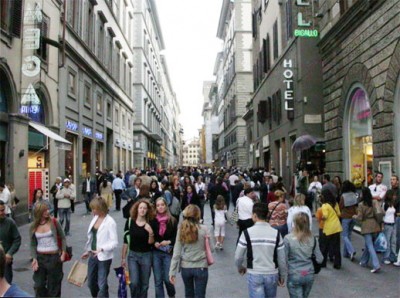 What’s a carfree conference? That’s probably what most U.S. citizens would wonder since the first six carfree conferences occurred only in Europe**. However, as you read through the list below, you’ll see that’s about to change…

Towards Carfree Cities I: Lyon, France; October 1997;
Organized by EYFA (European Youth for Action) and RVV (Regroupement pour une ville sans voiture, or Group for a Carfree City, Lyon), with 60-80 primarily young participants. This led to the founding of Car Busters, the magazine and resource centre (which later became the World Carfree Network) of the global carfree movement.

Towards Carfree Cities III: Prague, Czech Republic; April 2003;
Organized by Car Busters, which became the World Carfree Network at the conference, with 60 participants and consensus to host the conference annually.

This entry also signals a new category for this site: Pedestrian Only/Carfree.

**Not surprising given that most carfree cities and districts are in Europe.