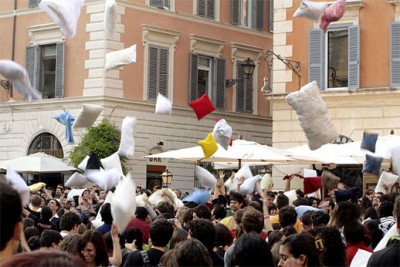 What’s the so called Committee for the Termination of National Apathy to do to achieve its mission of relieving anxiety and stress? A national pillow fight of course!

It’s one of those ‘you had to be there’ events, but you can get a sense of it from via YouTube.

This is the kind of event that represents the fun, spontaneous, community-building value of a central urban square.