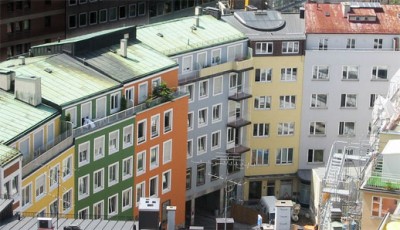 Imagine if half of all your employees suddenly couldn’t afford to live conveniently near your workplace? Many of them would leave rather than spend two hours of their daily lives in traffic or transit. Of course you’d replace them, but you wouldn’t be attracting the same level of talent, then naturally, your customers would gradually realize the same.

Thus local businesses today are advocating for more ‘workforce housing’ – housing that is attainable to working families earning between 60%-120% of the median income for the area, and typically unsubsidized, as defined by real estate industry representative Urban Land Institute.

The following survey results of local businesses (this one in New Orleans) reflects a growing national concern, a result of a peaking perception that more square footage is better.

Myriad solutions are provided for such a pervasive issue, but the most logical lies with the fact that the average area of living space per occupant in the U.S. was 290 s.f. in 1950 and is 939 s.f. today. So maybe the answer isn’t how do we build affordable 1200 s.f. homes, but how do we make ‘not so big’ cool again.

Image source: The equivalent of workforce housing in Munchen, Germany, by rondelro