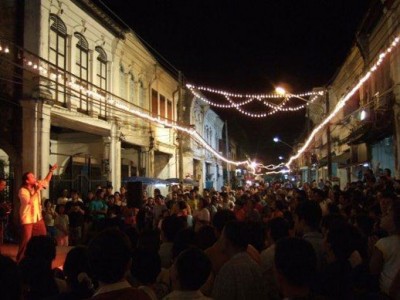 It’s the question I’ve lately been getting asked the most, so I thought I’d publish a response.

First of all, to clarify in the simplest terms, a beta community is the future group of tenants/buyers/customers for a place to be, involving crowdsourcing it into a community numbering in the hundreds. But how does it all begin?

It may help to explain where the millions of people initially came from to establish eBay, Facebook and YouTube – by providing a unique valuable service and allowing people to realize that the service becomes even more valued the more people they include. That’s the viral loop, and a viral loop network occurs when people spark their own related groups. For example:

What’s the unique valuable service that could be applied to crowdsourcing a place? Let’s take a nightlife-oriented commercial district looking to improve on its sparse day scene – here are the benefits it could offer future ‘customers’:

– Meeting fellow dayworkers that provide social well being to overcome an isolated lifestyle.
– Gaining recognition for helping a local independent business, something people are very passionate about
– Making a real, tangible, measurable difference in one’s neighborhood
– Identifying business opportunities that would otherwise not be utilized
– Feeling a true sense of community
– Having the ability to establish daytime groups of common interests that meet at daytime venues, and allow them to be open to other beta community members
Invitations to exclusive events
– Exclusive access to meet with the business owners (monthly fireside chats)
– Exclusive access to knowledge worker/cultural creative calendar of events
– Exclusive opportunity to win a free dinner for two to a designated restaurant each month, and receive neighborhood recognition for contributing ‘the most’ to a local independent Adams Morgan (priceless)

Once you have the valued service, you can even start the beta community with your own friends. The founders of Brewtopia did just that with 140 of their friends when crowdsourcing their beer selection, and wound up with a supporting community of 10,000 in a few weeks.