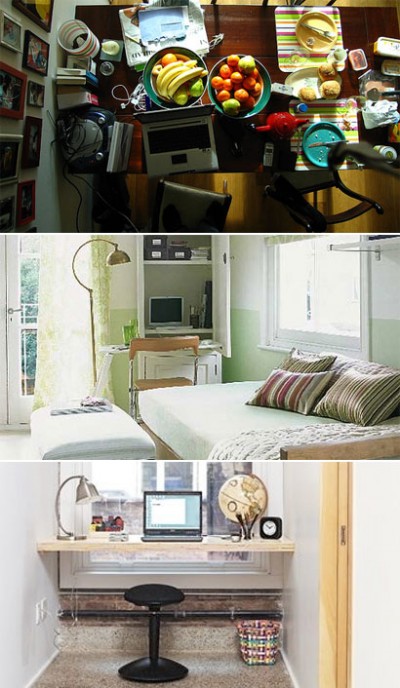 We hear a lot of buzz about the popularity of people working at home, but how prevalent is it? Here’s a snapshot via answering a few questions:

For sources to these findings, check out the NY Times article, The Office, Housebroken. Apartment dwellers should peruse the profile of Alessandra Gouldner’s 2.5 x 4 foot workspace.

Sarah Susanka, author of the wildly popular Not So Big House series of interior design books, observes that many people often prefer working in nooks and spontaneous spaces (see all three photos) rather than in assigned rooms. The NY Times article also looks at the opposite spectrum, albeit those with a a much larger budget and need for status, thus fueling home office sections in retail stores.