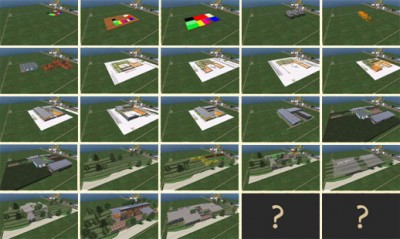 One principle that our crowdsource-based beta communities agree with is that ‘design by committee’ – a true democratic design process – isn’t effective (see Apple). Another way to look at it is this quote by designer Yves Behar, “Never ask the consumer about the future. You can ask them what their aspirations are, but you will not get an answer about what you should do. Design will bring those stories to life.” In other words, good design needs a leader and isn’t something that’s voted on, but rather influenced democratically.

That said, how do you transform the beta communities’ ideas, values and stories into a design that inspires them? Studio Wikitecture provides one rather progressive open-source example using Second Life, a crowdsourced 3D virtual world on the web.

Anyone can join the process, though you’ll have to join Second Life and search ‘Studio Wikitecture’ to do so. Participants can add comments to the 3D-represented architectural design, even vote on changes. Iterations are tracked like they are on Wikipedia via a historical ‘wiki-tree‘. It’s unclear how decisions are made, however, the design is lead by an experienced architectural team. While they have yet to complete a built project, they’re actually committed to a very democratic process. Let’s hope they can distinguish between good values and good design.

Discuss how crowdsourcing can be applied to design in the CoolTown social network discussion forum.

Thanks to Braulio Agnese of Architect Magazine for the reference.