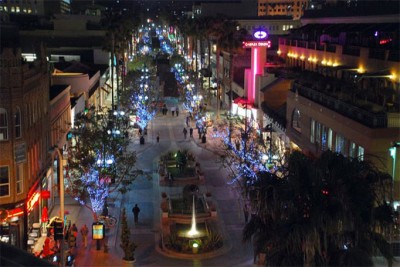 While the market has already assumed a digital infrastructure will succeed our asphalt one, city government leaders still haven’t accepted that by making the same financial commitment to free public wi-fi. It’s largely a generation thing and it’s inevitable the investment will come eventually, but for the cities with progressive leaders that implement them now, they’ll realize an economic and cultural windfall as a reward for ‘letting go’.

Santa Monica is one of those cities, with their City Wi-Fi program offering free public wi-fi in key hot spots downtown as they prepare to scale up. They’re also planning a city-wide wi-fi network for $20/mo. The key difference between Santa Monica’s success and other cities’ failures? In the words of the City of Santa Monica’s Chief Information Officer, “If we don’t get an offer we like, we are prepared to blanket the City ourselves.”

It should be no surprise Santa Monica is also leading the nationwide trend of establishing pedestrian-only districts – it goes hand in hand with a digital infrastructure.