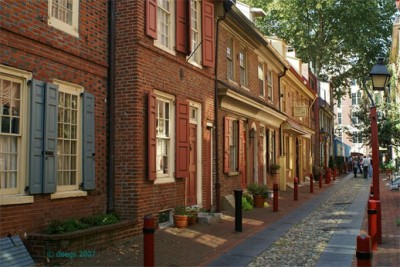 Yes, it’s yet another city ranking. But considering that aesthetics matters most to U.S. citizens, it might be worth a look at BusinessWeek’s Top 10 Cities for Design in America (with a population over 500,000) conducted by RMJM Architects.

10 design-related categories include number of historic buildings, the public transit system, number of green buildings, size of the creative population/economy, architectural and design awards won, and interviews with over 1000 residents. So, the rankings…

1. Chicago – The city’s relentless pursuit of green design along with award-winning public places like the new Millennium Park bring it to the top.
2. New York – Largest number of LEED buildings on the list, stellar transit system, excellent design schools
3. Boston – Design-oriented schools MIT and Harvard, historic buildings and green-design initiatives
4. Los Angeles – Less regarded for its urban planning, but more so for its innovative-designed buildings, streets and businesses, like Third Street Promenade.
5. Portland, OR – 72% happy with the architecture which has a strong emphasis on the vernacular. It’s downtown boasts some of the most attractive, contemporary streets in the U.S.
6. San Francisco – Rich fabric of Victorian rowhouses and green consciousness brought down by limited mass transit system.
7. Seattle – 74% of its residents rate quality of life as good or excellent, not as much history and culture since it’s still a relatively a new city.
8. Denver – LoDo (Lower Downtown) hosts some of the best designed loft buildings in the U.S.
9. Philadelphia – Strong public transit and historic building stock, but low resident-rated quality of life. Some of the most picturesque alleys in the U.S. (pictured)
10. Washington DC – Street after street of beautiful historic buildings, weak on green building.