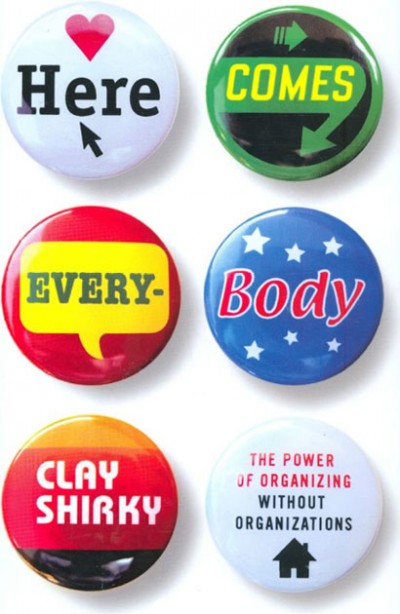 Why are large organizations so focused on maintaining their bureaucracy rather than providing what’s needed when it’s needed? That’s what Clay Shirky answers in his new book on crowdsourcing, Here Comes Everybody: The Power of Organizing Without Organizations, and his Smart City Radio interview focuses especially on cities. Some valuable lessons:

– It’s easy to create a new bureaucracy, and very hard to dismantle it.

– Within crowdsourcing, because the costs within the crowd of experimentation and failure are largely negligible, innovation and improvement happen much faster. “The cost of failure is so low, these systems actually progress much faster than their hierarchical managed counterparts, precisely because everyone learns much quicker what works and what doesn’t. If institutions did a better job of learning from their failures and also understanding that sometimes it costs less to try something than to sit around deciding whether it’s a good idea or not, it would have a hugely positive effect.”

In my experience this is probably the single most debilitating impediment in initiating a crowdsourcing project – convincing the project leader that they can’t spend so much time planning out what the crowd will or should do – just let them go and watch carefully.

When asked how he would initiate a large-scale crowdsourcing program, “Build a system that does two things at the same time – takes absolute any input from anybody anywhere and very quickly sorts the good stuff from the bad stuff. You can’t try and fliter that stuff in advance – you have to be able to sort after the fact.” He proposes a protocol where if you submit one idea, you have to rate three existing ones.