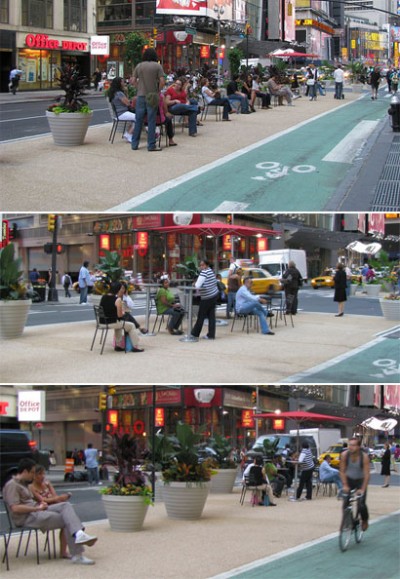 In May 2008 the NYC DOT (Department of Transportation) announced plans for the Broadway Boulevard, a pedestrianized street from 35th to 42nd avenue.

By the end of August 2008, a mere three months later, the pedestrian plaza is completed. That’s a rare sign of a government bureaucracy defying being a bureaucracy, opting for a more effective people-oriented decision-making process, such as their streets to plaza program.