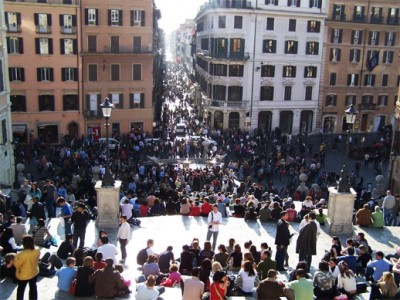 A year ago we profiled Patricia Martin’s Rengen: The Rise of the Cultural Consumer – and What It Means to Your Business, which has helped define the term creatives as far as it’s used on this site. It’s time to check in to see how this second renaissance is coming along via this New York Times interview and a CoolTown perspective.

What is the rengen? That’s nicely defined here, a “a thirty-year swath (20-50 years old) of individuals who are living comtemporaneously”, but more of a psychographic than a demographic of people poised for fundamental change, a major shift in evolution.

What are the signs of a coming renaissance? Massive change, both destructive and monumentally creative: The fall of Wall Street, corporations, automakers, dependence on oil, big bosses… the rise of the internet, entrepreneurs, mass collaboration/you, the green movement, employee teamwork… More specific signs are the wave of ciclovia events sweeping cities around the world, and Manhattan’s program to turn car-oriented streets into pedestrian-only plazas based on community collaboration.

What are the rengen survival skills? Quoting from Patricia, the ability to collaborate, to connect and to create. “They don’t respond to directive. They respond to teaming. Employees need to grasp that during creative brainstorming sessions it’s uncool to feel threatened if someone draws on top of your drawing.” We’ll see a shift from mentors passively advising mentees, to masters teaching apprentices everything they know. Finally, one of my favorites, is the shift to creative entrepreneurialism, “Rather than waiting 30 years to see if MOMA finds their work worthy, they will shoot a 30-second spot for DDB Needham. Unlike their parents, who would have stayed at the agency, they will use that money to fund their independent documentary.”