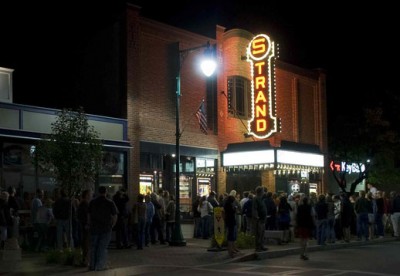 That’s according to a 2007 Johnson Gardner study, based on 2006 numbers in Portland, Oregon, commissioned by Oregon Metro, as only recently reported on in this recent article, Trendy shops put a shine on home values.

Their study concludes that property values within a block and a half would be affected accordingly by the following businesses:

– Neighborhood theater – 14-30% higher property values. Some positives cited by the study include an increase in pedestrian traffic (safety) at more hours of the day, and the fact that such theaters have no parking which encourages a more local crowd. Neighborhood theaters also tend to play avant-garde, foreign and indie films, which attract more creatives, which then attract higher home values.
– Specialty grocery store – 20% higher property values. One explanation could be that because people will pay a bit of a premium for healthier groceries, they also have the income to pay a premium to live nearby. Then again, who doesn’t want to live within walking distance of their favorite grocery.
– Wine bars – 11-21% higher property values. A quiet third place, something many people wouldn’t mind living near.

Some venues that didn’t help raise property values, and possible reasons:
– Day spas. Such regional destinations often require surface parking.
– Brewpubs. This is probably more attributable to being only a block and a half away, especially if live music is involved. There’s nothing to say they lower property values if not within hearing bands late at night.
– Gourmet bakeries. Early-morning truck traffic.
– CD/record stores. I would suspect home owners and teenagers will never be on the same page :)

Which venues did you find the most surprising as far as the study results go?