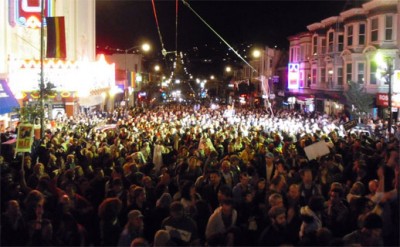 What does the new U.S. administration have to do with creatives? A lot, according to Joel Kotkin, author of the best-sellers The City: A Global History and The New Geography: How the Digital Revolution Is Reshaping the American Landscape, and finishing a book on the American future. In his Forbes article, The Triumph of the Creative Class, Joel states,

“Obama’s triumph reflects a decisive shift in the economic center of gravity away from military contractors, manufacturers, agribusiness, pharmaceuticals, suburban real estate developers, energy companies, old-line remnants on Wall Street and other traditional backers of the GOP. In their place, we can see the rise of a different set of players, predominately drawn from the so-called “creative class” of Silicon Valley, Hollywood and the younger, go-go set in the financial world.”

He states that a vast majority of both Obama’s financial support and votes came from companies and regions closely tied to creatives… in other words, contributions from companies that build virtual places that attract creatives (ie Google, Hollywood) and people in physical places that attract creatives (ie cities, progressive towns). Thus, we should prepare to see a culture that further reflects the creative direction the economy is already heading. As Joel writes,

“What will this ascendancy mean in economic terms? Since the creative class deals largely with images, ideas and transactions, it’s not likely to focus much on reviving the tangible parts of the economy: manufacturing, logistics, traditional energy and agribusiness.

On the other hand, the creatives are unlikely to be protectionist since they represent companies whose growth markets, and often suppliers, are located overseas. Heavily counted among the world’s richest people, they are also likely to support some Bushite policies – like low interest rates and financial bailouts – that prop up their stock prices and drive money to Wall Street.

The biggest difference between the creative class and the old business types isn’t on cultural issues – few traditional CEOs embraced the religious right’s agenda – but on environmental policy….”