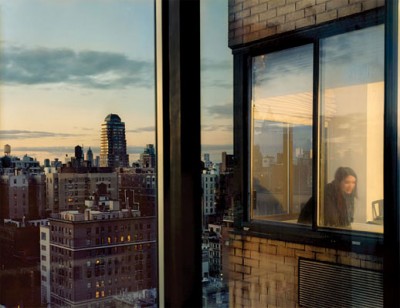 No county outside of New York’s has more single-individual households, at 50.6%. Does that mean New Yorkers are the loneliest people in the country, who tend to be depressed or marriage-challenged? Hardly…

People in New York, and cities overall, tend to be pretty content. The state of New York’s suicide rate is the third lowest in the country, suicide being recognized as the result of not being able to socially integrate. It’s also a fact that the less populous the county, the higher the suicide rate. While only 25.6% of households are married – the national average is 49.7% – it’s also tied for the fifth-lowest divorce rate in the nation, which tends to mean there are more happy single people and fewer unhappy married people. Married people, primarily women, also have smaller friendship-based social networks than they did as single people, says sociologist Claude Fischer.

One thing denser cities provide is a lot of what sociologists call ‘weak ties’, which are acquaintances rather than friendships. Having only weak ties will probably lead to depression. However, having friends as well as a vast network of weak ties, normal for city life, helps us find jobs, meet new friends and even meet soul mates. In addition to these benefits, according to Mark Granovetter in â€œThe Strength of Weak Tiesâ€, they’re imperative to start a movement, protect a neighborhood, and thrive in diversity and innovation. All in all, ‘weak ties’, as merely being in the presence of other human beings, puts a natural limit on our loneliness, unhappiness or depression.

Weak ties are very similar to the connections we make via the internet, whether it’s through email, Facebook or interest groups, and cities are a physical counterpart. This excerpt from the article sums it up nicely, “…New York had become the Web. Or perhaps more, even: that New York was the Web before the Web was the Web, characterized by the same free-flowing interaction, 24/7 rhythms, subgroups, and demimondes.”

Thanks to Erin Sonoda for the reference!