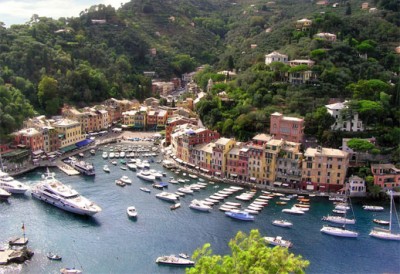 Portofino, Italy Pictured above. The proscriptive code would have prioritized views of the water over everything. It could have also guided the prescriptive codes into ensuring the buildings have humanistic proportions rather than the horizontal machine-like buildings we commonly see from the 1960s and 70s, fitting for a country whose language was heavily influenced by poetry. Also, a must would be a piazza surrounded by commercial buildings that would become the city’s main gathering place.

Washington DC – In the 1800s, residents were concerned about losing the European, again, humanistic feel of the city to skyscrapers, which resulted in Congress passing the Heights of Buildings Act in 1899, restricting any new building in Washington from exceeding the height of the U.S. Capitol, later amended in 1910 to allow buildings to be 20 feet higher than the width of the street it’s on. It certainly makes it easier to see the Capitol, the Washington Monument and the National Cathedral from just about anywhere in or around the city. No one seems to be complaining about the lack of skyline, except maybe opportunistic developers.

Venice and Detroit – Ok, not a fair comparison, but it didn’t have to be. Venice has no cars and several dozen piazzas – human interaction was at the core of its proscriptive code. Detroit has some of the widest streets in the world to accommodate its homegrown auto industry, and dismantled most of its historic buildings along the same lines of ‘progress’. Unfortunately it has no formal proscriptive code upon which to realize the reason why the city is lacking economic and cultural vibrancy in its downtown.

Image of Portofino, Italy by Ben.