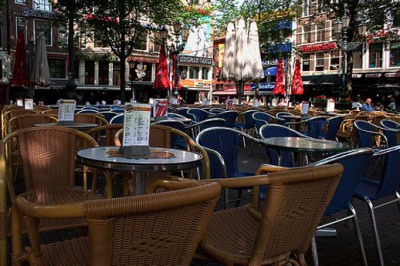 Project for Public Spaces (PPS), the leading resource for public placemaking, revealed their Top Ten Trends Shaping the Future of Our Communities, especially as it relates to public spaces. Here’s how they relate to creatives:

1. Placemaking goes global. Everything else is, so why not? Spurred by the internet, creatives demand connections more than ever, no matter where they are, and as result cities around the world are experiencing a renewed enthusiasm for public spaces. The best part of the global movement is that the most pedestrian-oriented and pedestrian-only districts are setting the highest standards for others to follow.

2. Collaboration is key to change. The above also explains why crowdsourced placemaking is fast becoming the natural means of implementation.

3. Going green. For emerging creatives, being environmentally conscious is a foregone conclusion.

4. Placemaking is becoming more important to the travel industry. See civic tourism and how investing in vibrant downtowns to attract creatives, followed by the rest of the residents (as the trend goes), also builds a strong tourist economy.

5. Libraries emerge is new town squares. I can’t really buy into this one, especially since they don’t add much to a square’s nightlife, but there are precedents in the outlying neighborhoods such as the new library fronting the Rockville Town Square, one of the most elegant new public plazas in the U.S. Then again, maybe libraries could support nighttime activity…

6. Being active 12 months of the year. This applies mainly to cold weather cities which in the past have shut down for the winter, though ten years ago many city downtowns were pretty much shut down all year. The point is, cold weather cities have innovated amenities (ie skating rinks, heated lamps, temporary enclosures) that allow people to enjoy public spaces all year round.

7. ‘The Power of 10’. This is a PPS program, but applies to everyone, where a city commits itself to providing ten public destinations that provide something to do. At the top of the creatives’ list is a ‘piazza as stage‘ (such as for ‘movie staying’), where just about anything can happen.

8. Public markets. Another PPS specialty, it’s a great way to find a deal, socialize, get outside and find a reason for the city to establish a pedestrian-only district. See their October 2005 newsletter on public markets.

9. Transportation planning as placemaking. This is best exemplified by the New York City Department of Transportation, which PPS supported in their rise to possibly becoming the most innovative, even placemaking-oriented government agency in the U.S.

10. Collaboration on developing new destinations. It’s the tangible result that results when you combine many of the above factors and crowdsource an actual place. If this isn’t a trend, then most of the other factors aren’t as well. Fortunately, this is a growing trend.