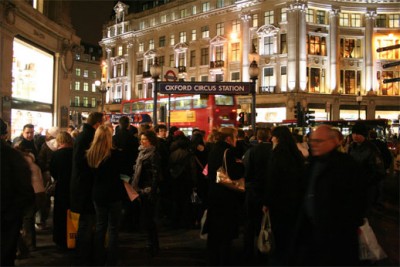 Yes, it’s no coincidence that the founders of Facebook are of the Millennial/Gen Y generation and that their most loyal followers are largely the same. However, that’s now expanding, and it’s more of a sign of things to come than a fad (unless they sell out like MySpace). So it may be worth taking the time to understand how it can benefit your community, build better places. It can… tremendously. Even if Facebook eventually goes away, social networking is only going to grow.

One way to look at Facebook’s rise is to look at the fundamental thesis of the Cluetrain Manifesto (a popular guide to understanding the impact of the Internet in business), “Markets are conversations”. It explains, “A powerful global conversation has begun. Through the Internet, people are discovering and inventing new ways to share relevant knowledge with blinding speed. As a direct result, markets are getting smarterâ€”and getting smarter faster than most companies.”

Take a look at the following observations:
– Attendees at conferences consistently say that the most valued parts were the networking in the halls and the public Q&A after presentations.
– People spend a significant amount of time watching publicly broadcast interview shows, from daytime to late night.
– People choose where to spend money based on publicly posted peer reviews (ie Amazon, Yelp!, iTunes, eBay) rather than those of ‘experts’.

The point is, buzz happens around interesting conversations, like when you feel compelled to spontaneously join a conversation, “I couldn’t help but overhear, but…” When those conversations are public, you’re actually encouraged to participate, and that’s when we benefit from a diversity of dialogue. Over time, there is trust built among those in conversation, which leads to dialogue + time = action.

So to answer the question, Facebook is a medium that facilitates such public conversations, whether they’re a result of dialogue initiated face-face (the most effective by far), at a conference, on a show, etc. However, the difference is that these public conversations are among people you chose to trust, whether they’re the friends in your network or people you share a passion with in a Group or Fan Page, shortening the time needed for action.

Thus, to use Facebook as a tool to help beautiful places like these outdoor cafe scenes come to fruition, start a Group or Fan Page and start talking about it. In fact, CreativesDC, a social network of creatives in Washington DC, has found Facebook to be their most effective tool by far in terms of getting people to meet and converse about building great places in DC, such as promoting this public event on March 31, 2009.