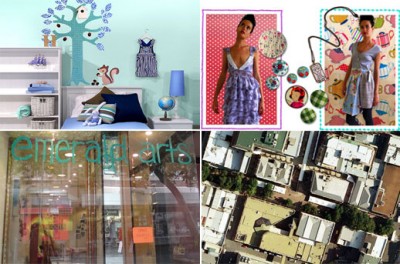 What better way to follow How Facebook can help build better places than with this story from Newcastle, Australia. Founder Marcus Westbury:

“Our project Renew Newcastleâ€”in Newcastle, Australiaâ€”began life as a facebook group. Before we ever had a meeting, or an organisation, or a group we went to facebook to see if we could find people who were interested in supporting a scheme to revive the CBD through small scale, and temporary arts and cultural activity.

Within a day we had 100 people, within a week or two we had a thousand, and now we have over 2000 people in the group. Newcastle, the city where the project is based is only a few hundred thousand peopleâ€”so that is a very signicant proportion of the community.

The group is still active – link.

The group was critical in starting a dialogue, demonstrating support and nurturing the idea from half arsed scheme to execution with no budget or money to throw at PR or communication. I doubt we could have done it without it.”

Question: What do you attribute the phenomenal growth to, especially 1000 people within a couple of weeks?

“It was a combination of factors. The first one hundred or so were my friends. From there social networks can become self perpetuating very quickly as people forward links and get others to join.

It helps to have good connections and a reasonably high profile in the local community (i started a major arts festival in the city and have gone on to write and present some short TV series on Australian TV) but the numbers involved were really the product of the way the recommendation system on facebook can quickly accelerate interest.

I would also say that it was probably the right idea at the right time. The city has been in a slow decline for two decades and it has become increasingly apparent. Peopleâ€”particularly the â€œfacebook generationâ€â€”have become increasingly frustrated with the quality of debate and solutions being offered.

A positive and practical vision in that context (which is what i hope we are offering) has been very appealing in an environment where the city is lost in long running and polarising debates about its future.

But i might not be the best person to ask!”

What is Renew Newcastle’s overall vision?

“Our aim has been to make the city distinctive again and engage people from the bottom up with the process of rebuilding it. The city hasn’t wanted for propsed top-down capital intensive schemes, but we’ve gone to the crowd and asked them to each take a piece of reimagining it and created a framework in which they can do so.”

[Update May 2010] The area has featured over fifty temporary creative uses for the spaces, including art galleries and shops, and at least 8 new permanent businesses have opened.