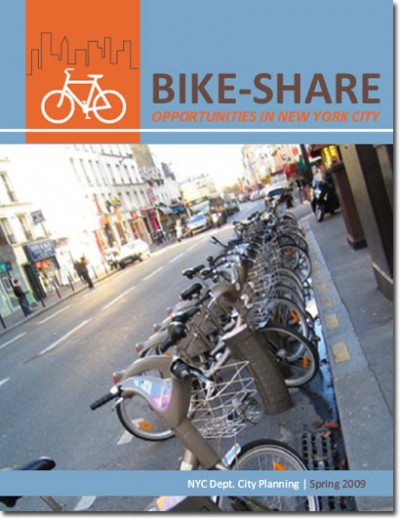 As a follow up to the previous entry, Bike sharing the next mass transit system, here’s a look at what New York City is cooking up.

Via one of the most comprehensive bike sharing reports anywhere, New York City’s Department of City Planning produced Bike-Share: Opportunities in New York City, which details not just a vision, but a business plan for what would be one of the most extensive in the world. The plan calls for 10,500 bicycles to start, with expansion plans to 49,000, which is feasible given that 50% of New York’s workforce (pop. 8.3 million) lives within 5 miles of their workplace.

Two major disincentives for biking in New York City – lack of convenient storage space and theft – would be eliminated for the biker, while major incentives, such as pedestrian/bike-only boulevards, are on the rise. 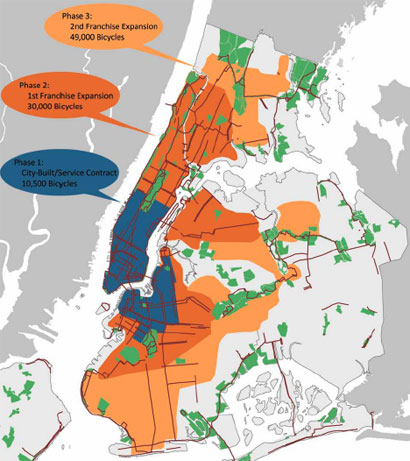 Check out the roll-out plan (left) for the first three phases of the bike sharing system, with the densest regions of New York City initiating the program in phase one. The first phase would be run by the City, primarily because the sheer population density will allow the program to be funded by memberships alone. Subsequent phases would need subsidies, such as public space advertising, and best left to franchised partners, as is the case in most bike sharing systems around the world.