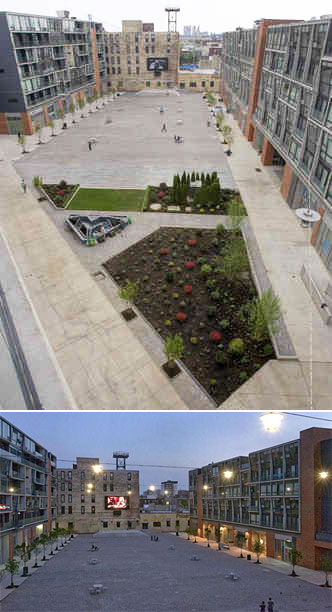 Real estate developer Bart Blatstein definitely has Rome on the brain. While the new Piazza at Schmidt’s in Northern Liberties, Philadelphia is inspired by the ancient city’s Piazza Navona, that was only after Blatstein was thwarted in his proposal to re-create the Spanish Steps as part of the Philadelphia waterfront.

However, the car-free character of his developments are no coincidence. Says Blatstein, “My grandfather had a pushcart at 2nd and Laurel Streets in the 1930s, so I’ve always loved this area. My dream was to create a â€˜five minute neighborhood’ where people live, shop, eat, work and play, all within a few city blocks. With all forms of public transit nearby, residents will have everything they need at their fingertips enabling them to decrease their carbon footprints by never having to use a car.”

Thus, eight years and $100 million later, the 80,000 s.f./two-acre plaza now serves as a unique destination, unique to anywhere in the entire U.S. Named after the former Schmidt’s Brewery, the piazza features 100,000 s.f. of local, independent retail businesses curated by a local artist, 35 artist studios and boutiques, a sound stage for rock concerts, and a 40-foot LED television broadcasting every Phillies baseball game as well as movie classics on Saturday nights, perhaps inspired by the piazza film festival in Locarno, Switzerland?

The plaza is also surrounded by 50,000 s.f. of office space and 500 apartments, part of a 28-acre $500 million project, the country’s largest private urban renewal initiative, all without a single person being displaced. Read more about the piazza in the Philadelphia Inquirer, including a photo gallery.

Read more in the NY Times article, From Abandoned Brewery to Piazza, Philly-Style. 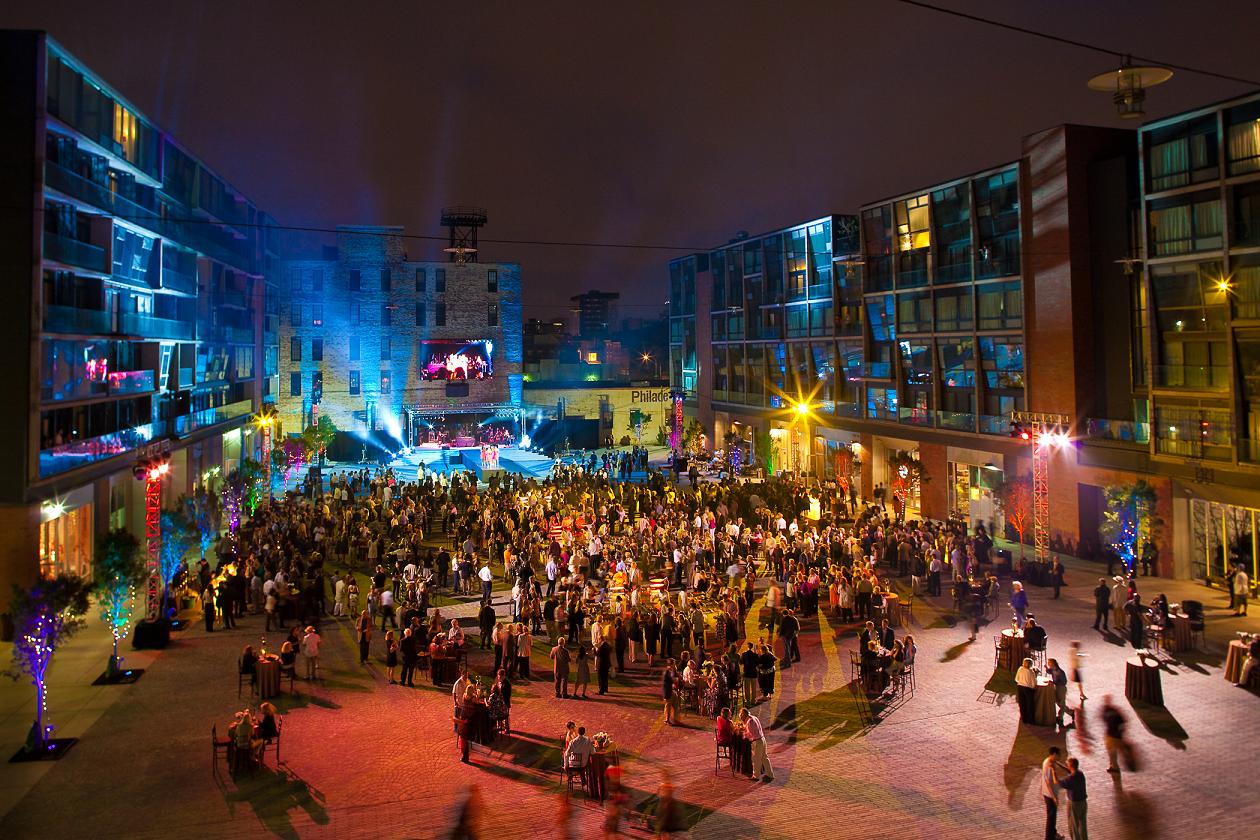