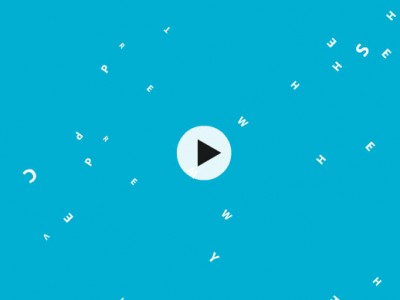 We often ask creatives, ‘what’s missing in your city or town that you would crowdsource?’ Well, I think a lot more of them would be inspired by the following…

The folks in Arlington County, Virginia are not only looking to sponsor a $10 million, 55,000 s.f. urban creative center in one of their key downtown areas (Rosslyn), they’re looking to crowdsource it. From the Washington Post article, Dreaming of a Rosslyn Renaissance: At the Old Newseum Building, Arlington County Plans Again to Create an Urban Arts Center.

“It will be more social, more about people being part of the artistic process as opposed to being an audience to someone else’s art.” says Norma Kaplan, division chief of the Department of Parks, Recreation and Cultural Resources.

For instance, the area being planned for the visual arts gallery might have four large, curated shows each year of national or international stature. Then, for the two- to three-week breaks between shows, “crowdsourced” exhibits could give a wide variety of people a say in what they wanted to see. “It wouldn’t necessarily have to be about art,” Kaplan said. “Perhaps it’s a local designer or inventor. They could put up their works in progress.”

Just one Metro stop from the Kennedy Center, the cultural arts center in Arlington would be wholly different, far more experimental and risk-taking and “incubating” up-and-coming artists. “We’ll have high quality and sometimes funky or weird things that you’re just never going to get at the Kennedy Center,” says Arlington County Manager Ron Carlee.

With so many single 20-somethings settling in Arlington, Carlee said he wants the center to be a real draw for them to hang out. He turned to the bank of windows where he sees the future bar. “There are just great visuals here,” he said. “Can’t you just see young people sitting here, having a mojito, or whatever the hot drink is?” The seating just outside the bar should be like Starbucks, “but funkier.” And the ballroom – currently a dark space with almost-black shag carpet – he sees with sprung hardwood floors perfect for contra, salsa and ballroom dancers.

The inspiration for crowdsourcing the center generated from the buzz surrounding Creative Arlington, whose launch involved yours truly. The promotional video for the center was produced by the crowdsourcing partner of CoolTown Beta Communities known as MobFuse (website coming), whose current project involves crowdsourcing a live-work center for the creative economy (stay tuned!).