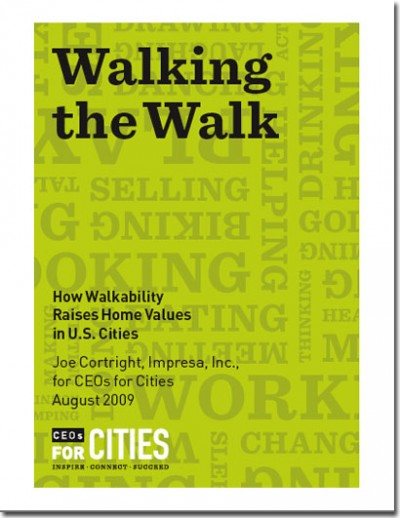 Who says it doesn’t pay to walk?

A new CEOs for Cities study, Walking the Walk: How Walkability Raises Housing Values in U.S. Cities, surveying 94,000 real estate transactions in 15 metropolitan areas, concluded that homes in more walkable neighborhoods were valued $4000 to $34,000 more than less walkable ones.

Walk Score, profiled previously, has become a dependable resource for providing walkability ratings, from 0 being the least to 100 being the most walkable. In the study, a one-point increase in Walk Score was associated with an increase in value ranging from $700 to $3000. Not surprisingly, the greater values occurred in denser, urban areas.